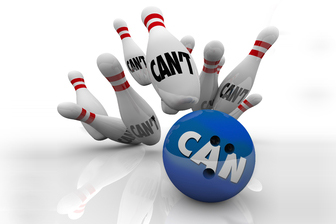 Jean-Paul Sartre, arguably one of the best-known philosophers in the 20th century once famously remarked – ‘Nothing has changed, yet everything is different’.

Businesses faced the starkest challenges during the lockdown phase, experiencing significant drops in demand, price and production, driven by the pandemic. Well, everything was not lost and the uncommon times demanded new thinking as the industry took the setback in its stride, worked with their partners to give rise to new paradigms, while preparing itself to usher the next wave of growth.

The pall of gloom that had descended on businesses perhaps diminished with the onset of the festive season that brought consumers back to the market. Now, the industries need to stay resilient for the revival to be fully effective. It is time for industries to delve deep, look out for opportunities and strategies to innovate, enhance technological capabilities, reorient market strategies, equip workforce with emerging technologies and come out stronger.

Governments, cutting across geographies, have also been striving to help industries tide over the tough market conditions with some noteworthy measures.

Sharing his views on the ongoing scenario, V Anbu, Director General of Indian Machine Tool Manufacturers’ Association (IMTMA) and Bangalore International Exhibition Centre (BIEC) who recently took over as the President of UFI, The Global Association of the Exhibition Industry, said, “It is more about saving lives as well as livelihoods now. Both will co-exist and businesses will need to adhere to all the safety protocols actively and diligently, in letter and spirit. The onus is on the business community which needs to demonstrate that resilience is one of its primary characteristics that helps it to keep going.”

Explaining further he said, “Purpose-driven leadership will have a vital role in charting out the primary course of action and steering ventures to more safe shores. Leaders lead by example in not just addressing the immediate concerns of safeguarding their businesses, but also in guiding and mentoring stakeholders during the lean period, strategizing resilience, re-strategizing technology and innovation and helping them reach normalcy levels.”

He further added, “Leaders will be truly tested in the current adverse situation. Industries also need to adopt technologies for innovations; they need to fully comprehend and understand the impact of digital technologies. It will help organizations to survive, prepare themselves for future contingencies, and maintain the continuity of their operations. Adoption of digital technologies for accelerating transition and reducing unwanted dependencies is no more an option for industries and businesses.”

The pall of gloom that had descended on businesses perhaps diminished with the onset of the festive season that brought consumers back to the market. Now, the industries need to stay resilient for the revival to be fully effective.

On the bright side, according to International Monetary Fund (IMF), industries worldwide are expected to witness a 5.2 percent growth with Asia being a significant contributor with 6.7 percent growth. India and China are expected to substantially perform better with 8.8 percent and 8.2 percent growth respectively. On global trade, World Trade Organization has predicted a rebound of 7.2 percent in 2021. The Indian economy is expected to reach $5 trillion mark in the next few years with the share of manufacturing being more than $1 trillion. Most key sectors such as Automotive, Capital Goods, Aerospace, Defence, Medical and Pharmaceutical, Railways, Infrastructure, and many more) are also expected to grow robustly.

To encapsulate, the goal remains the same albeit some changes in the means of achieving it. Interesting days are ahead.