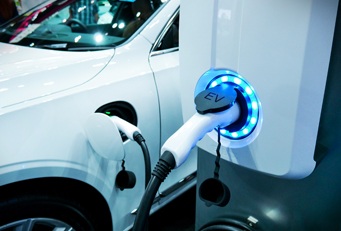 The modern-day society is currently in a transition phase from being fossil fuel-based economies to adopting clean energy solutions so as to minimize environmental pollution and ensure sustainable development.

In line with this plan, various renewable resources like hydropower, solar and wind energy have been gaining popularity lately. Efficient energy storage technologies that can be deployed to power end-user application have also emerged.

When it comes to batteries to run portable electronic devices and electric vehicles (EVs), Lithium-Ion Batteries (LIBs) are leading the market as of now. However, despite causing the prevention of air pollution, this current technology presents its own share of problems.

First of all, the energy density of the state-of-the-art LIBs is seen to be approximately 200 Wh/kg, which is mostly inadequate to run EVs that demand high energy and power density. Also, these systems provide a very low range on the vehicle of approximately 150-250 km, leading to range anxiety.

Some of the key issues are:

All of the above listed key concerns make it obvious that LIBs create far too many problems to be seen as the fuel for the future or current energy demands.

Hydrogen fuel cell technology is another option which has been in the market for quite some time now. It solves some of the problems with LIBs by generating high amounts of clean energy with negligible waste generation in the process. As this technology allows refueling of the vehicles rather than charging from grid power, it also solves the challenge of long charging times and humongous task of setting up charging infrastructure. However, it fails to become an everyday technology as it requires exorbitant capital investment and special storage set-ups for hydrogen.

Again, hydrogen fuel is also not the next-generation fuel we have been seeking, owing to its cost structure and safety issues.

This technology is one step ahead of the above-mentioned leading technologies by seeking to solve the problems and merging the benefits of both into one affordable technology.

These fuel cells have gained great interest in recent times due to their high energy density (which can go as high as 8,000 Wh/kg, low cost (roughly 1/10th of that of hydrogen fuel cell) and safe nature.

It basically works on aluminum and water, combined with the graphene-based novel cathode, to harness electricity in much higher capabilities than the LIBs. It essentially contains around 60 percent water, and is safer to handle than hydrogen fuel which uses the prone-to-explosion hydrogen as fuel.

As it only runs on aluminum, air and water as fuel, it is a cheap and recyclable technology. Also, it provides a similar comfortable end-user experience as that of any fossil fuel-driven vehicle as there is no long-term charging hassle. All one needs to do is add water after every 300 km and replace aluminum sheets after more than 1,000 km.

Most importantly, the scope of aluminum fuel cells is not just restricted to powering vehicles. They have the potential to serve as stationary energy sources in place of present-day options of diesel generators and hydrogen fuel cells.

Unlike the generators currently in use, these fuel cells have no need for purchasing, storing and managing fossil fuels. Instead, they run on water and aluminum, making them a pollution-free and cost-effective power generation tool. Moreover, their unlimited standby life
and easy-to-operate functioning makes them suitable as the next generation sustainable power backup system.

Aluminum fuel cells have emerged as a safe, affordable and scalable clean energy solution, and as the technology involved it is nascent, system efficiency and cost structure will only continue to tremendously improve in the days to come.

The solution has an enormous potential to cater to the energy requirements, whether it be fuel for vehicles or even as a sustainable power generation system. It also proves to be better than other market-leading technologies like Lithium-ion battery and hydrogen fuel cells in terms of overall capabilities on economic, end-user experience and environmental grounds.

Therefore, it would not be wrong to call it a next-generation power generation tool as it is only a matter of time before this technology becomes accepted by the masses from far and wide and consequently leads our day-to-day life.