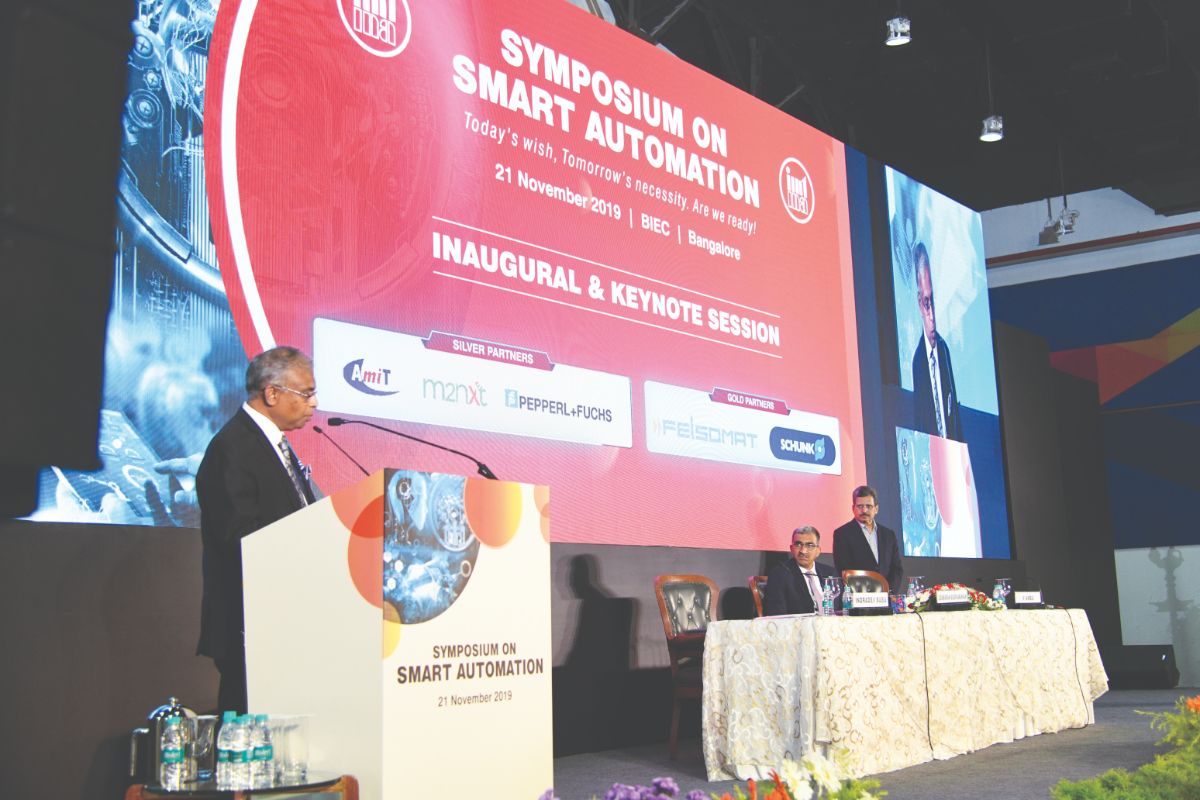 For the past two decades, automation has been changing the manufacturing scene, heralding technologies that demand limited human intervention. Of late, there is an emergence of a new automation era comprising advanced technologies such as Robotics, Artificial Intelligence (AI), Industrial Internet of Things (IIoT), which need to be leveraged by manufacturers to enhance their processes and maximize their productivity.

With the view to converge industry players who have already embraced automation and edify those who are yet to adopt it, IMTMA arranged a ‘Symposium on Smart Automation’ that featured presentations and discussions on the various facets of automation with case studies and panel discussions. Over 300 delegates from around 125 companies participated in the day-long symposium.

Easwaran Subramanian, Partner, Deloitte Touche Tohmatsu India LLP, did the honors of inaugurating the Symposium on Smart Automation 2019. In his keynote address on ‘Smart Automation in the Indian Context’, he called upon industries to capitalize on new technologies for targeting self-steering production systems. He said that industries should think big, start small, act fast for deploying smart automation solutions and for achieving rapid results.

Highlighting the importance of automation, Indradev Babu, President, IMTMA, noted, “The path for realizing the vision of ‘Make in India’ calls for a paradigm shift in our manufacturing process. This necessitates adoption of automation and smart technologies not only in our respective manufacturing facility, but also across the entire manufacturing value chain.”

The sessions were divided into parallel tracks: Robotics & Automation, and Digitalization, which ran concurrently, followed by a panel discussion on ‘Overcoming Obstacles in the Journey to Smart Automation’.

A day before the Symposium on November 20, 2019, IMTMA also organized technical tours for the dele-gates to witness automation
on the shopfloor of leading manufacturing companies including Sansera Engineering, SKF India, TVS Motor Company, and Titan Engineering and Automation.