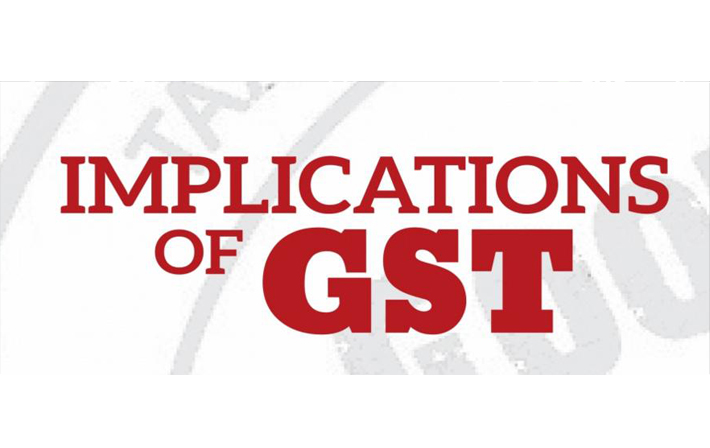 India’s biggest tax reform has finally arrived. Hailed as a potential game-changer for India Inc, Goods & Services Tax (GST) has evoked a mixed bag of responses from businesses. While some are all praises for the favorable changes in the system, others view differently. An insightful read...

“Launch of GST has brought in a simplified tax regime, which is easy to comply with. Cascading of taxes on account of levy of various taxes have been eliminated with GST coming into effect. Removal of check-posts is helping movement of goods without hindrance. The benefit of GST will reduce the manufacturing costs and hence increase the baseline profit. Reduction in costs will provide headroom for price reduction, benefiting end-users. Post-GST, Indian manufacturing eco-system will become competitive in the global market.”

”India is now “One Tax One Nation”. However, there is a need to correct some anomalies in GST rates, whereby some industrial intermediates. For example, CNC system, ball screws, etc., which are critical inputs to building CNC machine tools, attract GST at 28 percent, whereas the end products (CNC machine tools) are at 18 percent. The ideal situation would be to tax raw materials, intermediates and finished products at successively increasing GST rates (say 5 percent, 12 percent and 18 percent). It may take some time for SMEs to move from the earlier tax compliance to GST, but once it is done, it would be a game changer for the Indian machine tool industry.”

“GST can be seen to bring transformational change in the indirect tax system of the country. The manufacturing industry, with a significant amount of input originating in different states, will save directly on CST. Since the manufacturing industry has been otherwise claiming ED, CVD/SAD and VAT benefits already, it may not make much difference to the cause of reducing cost. However, transparency in the system will certainly be a boon for all above-board tax paying organizations in the country. Over time, simplification of procedure and transparency will certainly help to improve the size of tax benefits. It is a welcome change that will have a significant impact going forward.”

”GST aims to replace a plethora of cascading taxes in the states and the Centre and simplify the procedure. It is poised as a catalyst for driving growth in the manu­facturing industry. In this transition period, a major concern of the industry is the refund of Input Tax Credit, the realization of which will occur once the final supply is concluded. This may impact the manufacturing segment in a major way due to interruptions in the cash flow and blockage of funds. The domestic industry will need to re-engineer its supply chain strategies in order to cope with the new system. GST, coupled with the Government’s ambitious “Make in India” initiative, will definitely boost India’s manufacturing sector.”

“Within the electrical industry, there are mixed feelings about the impact of GST. The reduction in the rate for coal to five percent will slightly bring down the cost of procurement, mainly benefitti­ng thermal projects under operation. How much will it cushion the increase in the operational cost on account of a higher rate for services under GST is yet to be seen. IEEMA is seriously concerned about the higher rate of 28 percent GST announced on some electrical products. It has made a representation to the government for reclassification of GST on these products from 28 to 12 percent. Through our efforts, GST rates of some of these products were brought down to 18 percent, which is a good news for electrical equ­ipment manufacturers.”

”THE manufacturing sector of the developing economies is their major economic driver. However, India’s manufacturing industry is still striving to increase its contribution to the country’s GDP. The sector will be revived under the focused efforts of the government and by the implementation of a GST regime. One of the advantages of GST is the reduced cost of production that is expected to be spurred by tax reduction. Another is that the non-accessibility of central tax credit over state taxes and vice versa will be removed. Checkpoints at the state border along with the regulatory obstruction reduce the efficiency of Indian manufacturers. The new GST model will unify the Indian market and assist the smooth flow of goods within the country.”

“THE Auto Component industry whole heartedly welcomes this path-breaking reform. While tier 1s larger companies are GST ready, I am a bit apprehensive about the preparedness of tier 2s and tiers 3s, the small and medium enterprises. Needless to say, any non-compliance on any part of the value chain will defeat this reform. Tier 1s will, therefore, have to ensure that their downstream industry is GST complaint. Being an intermediary industry, we had made a plea to the government that the auto components attract 18 percent GST rates. However, most components have been put at 28 percent. Cons­idering we have a growing aftermarket in the country, a moderate rate would have resulted in better compliance and, thus, enabled tackling the grey and spurious product sales.”

”FOR the Manufacturing sector, the net effect is more positive as logistic inefficiencies are greatly reduced. Now GST credit can be taken on all purchases including the admin costs, resulting in the reduction of the cost of operations. The GST law has more clarity with a single rate of GST on a chosen product pan India, though there may be minor anomalies. As the law is implemented and enforced digitally, there will be a greater transp­arency to it, which will reduce litigation. The businesses too will have to deal with a single authority. Hence, the situation is favorable for further growth in the sector since it will attract more FDI and create more jobs. Finally, the sector’s contribution to GDP will also go up.”

“THIS transformational policy initiative will drive economic growth in the manufacturing sector. GST will usher in a number of positives including elimination of the cascading effects of tax. Applicability of taxes only on value additions and availability of more credits will lead to reduced cost of production for the manufacturing companies. As more businesses from unorganized sectors come under GST to compete in the market, there will be an increase in the revenue collections. Hence, businesses which are fully compliant under GST will have better chances to survive and grow. Re-organization of supply chains and distribution networks will result in reduction of costs and business complexities.”

”THE country’s biggest tax reform ushers in a new era that impacts everyone, from the common man on the street to business boardrooms. We can see this as another action in the series of actions taken by the government to improve India’s compe­titiveness and the ease of doing business. The biggest beneficiary of GST will be the Manufacturing sector that has an extended value chain which will be relieved of the burden of cascading taxes. This singular tax structure has the potential to enable seamless logi­stics flow, improve goods availability across the country and allow manufa­cturers to build new capabilities in efficient distribution systems.”

“The immediate impact of GST can be seen in the Auto sector and the FMCG, where the prices have dropped between five to seven percent soon after the GST rollout. This is not the case in other sectors. Price reduction in these sectors will depend upon how the Anti Profiteering authority fun­ctions. Machine tool manufacturers (MTBs) are expected to see a surge in order inflow due to a lower cost of investment, beca­use customers who were not under Excise in the past have moved to GST, wherein GST paid on capital goods is available for set off. Organised machine tool companies concentrated in the South India can save time in transporting machines to customers in the North or far off places due to abolition of check posts across various state borders.”

”THE implementation of GST will significantly impro­ve the compe­titiveness and performance of India’s manufa­cturing sector. The compl­exity of multiple indirect taxes had led to significant administrative costs. GST will bring in the ease of doing business in this sector. The manufacturing sector stands to benefit significantly from the introduction of GST. The overall reduction of cascading effect of taxes, especially on the Procedu­ral Cost, Pricing and Profitability, Redress locat­ion bias, Post-manu­facturing activities and Supply chain should have a positive effect on the cost of manufactured products in the hands of consumers.”

“THE impact of GST will definitely be positive due to reasons including reduced cost of produ­ction, scrapping of multiple evaluations, ease of registration, improved cash flow, and a unified pricing system across the nation. However, the manufacturing sector has to cope with some immediate and short-term challenges like the availability of resourceful and knowledgeable skilled manpower to implement this system, transaction scheduling as per prescr­ibed deadlines, coord­ination between the supplier and the buyer, and the revival of special sanctions to specific states/regions/SEZs etc. Last but not the least, GST will surely contribute to the faster realization of “Make in India” initiative by the Hon. Prime Minister of India. It will simplify the tax structure, thus encour­aging foreign investors to invest in India.”