Reaching for the Sky 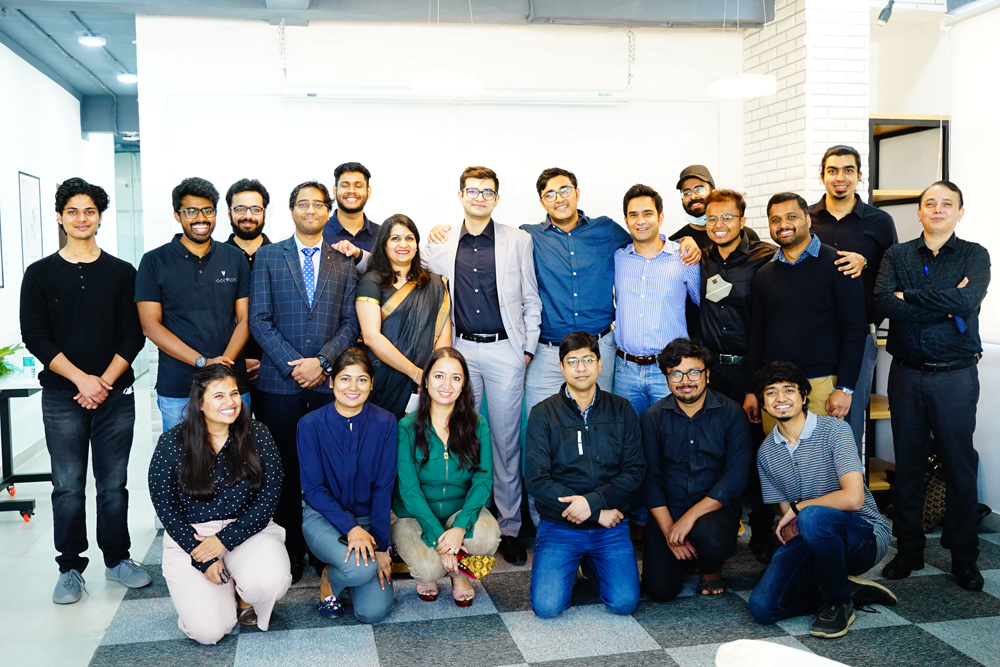 Space data company Pixxel is a result of a strong desire to explore what’s beyond our planet. The founders shared love for space and space technology has shaped many an innovation that aims at bringing a lasting impact in areas like agriculture and pollution monitoring.

The idea as unique as founding a space data company can only emerge out of a deep passion for the subject and a desire to further delve into it. “Both of us have always been interested in space and have grown up listening to and reading about the heroics of ISRO in the early 2000s,” confirms Kshitij Khandelwal, Co-Founder & CTO, Pixxel, referring to his Co-Founder Awais Ahmed.

The duo met at BITS (Birla Institute of Technology and Science) Pilani and soon after worked together as part of the Hyperloop India team where Ahmed was a founding team member. As a finalist of the SpaceX Hyperloop pod competition in 2017, they built a hyperloop pod prototype, took it to the SpaceX HQ in LA and presented it to Elon Musk. “After the competition ended, we were looking at other challenges to solve and doing something in space and decided to take a shot at IBM Watson AI XPRIZE,” he shares.

Their goal was to build space technology with AI tools that could be used to bring about a lasting impact in areas like agriculture and pollution monitoring. They started with building AI models that could take in terabytes of satellite imagery and extract actionable insights and patterns from that data to help tackle problems in agriculture, predict yields and track the spread of certain crop pests and diseases, detect illegal mining, predict, and monitor natural disasters and forest fires among other pressing problems.

Invention out of necessity

The satellite imagery of the earth that was freely available for analysis in most cases was years old. That was important because the team could not fix what it could not see. “To validate whether this was an actual problem faced by people worldwide, we reached out to many companies in Europe and the US that analyzed satellite imagery to provide insights. With an almost unanimous response that there was indeed a lack of information-rich space imagery, and that they would be willing to pay for the data, we realized that there was an emerging market for the new kind of satellite imagery,” Khandelwal reveals.

This was the idea behind founding Pixxel, the journey of which commenced in early 2018, with the aim to build a constellation of microsatellites that would do hyperspectral imaging. “The idea is to monitor any place on the planet every day and provide imagery and the tools to work with that imagery that would enable organizations across the world to detect, monitor, and predict global phenomena in real-time,” he explains.

“We’ve had different motivations towards building Pixxel but the common theme here is love for space and space technology. For me, it was the sheer thrill of working on some of the most challenging engineering problems that no one else was working on and being able to send technology to space. For Awais, visiting the SpaceX factory in LA was a defining moment where he realized that he wants to do something for the Space industry. Either way, we wanted to build something of the likes of SpaceX, Airbus, Boeing because nothing like that existed here in India. Building an earth observation constellation is a means to that end,” he says sharing the founders’ motivation behind their innovative endeavor.

The team has a good mix of people equipped with thorough knowledge of the industry along with talented young engineers excited about solving problems and bringing in agile hardware-software development processes to the otherwise slow-moving traditional Space industry. “We are nearly 50 people now who come from different backgrounds and many of them are from top schools like the IITs, IIST, and BITS as well as a few people who have worked in organizations like ISRO, Team Indus, and others before,” adds Khandelwal.

Since Pixxel is a space data company, there are two important aspects to what it does: building the right kind of infrastructure in space and on the ground by deploying its satellite constellation and building tools for people to seamlessly work with the satellite data. “We are currently aiming at deploying a microsatellite constellation of satellites sized around as much as a mini-refrigerator with hyperspectral cameras that allow you to identify phenomena on earth in dozens of spectral bands rather than the usual 4 – 12 band optical imagery that is available currently at a high resolution. Once the data has been beamed down, our platform and on-ground tools allow our customers to access and analyze this satellite imagery where they can extract insights for applications in sectors like Agriculture, Environment Conservation, Energy, Forestry, and Pollution Monitoring and tackle problems like crop disease identification and forest health and biodiversity monitoring at scale,” he explains. The fundamental principle behind hyperspectral imaging is that of imaging spectroscopy, says Khandelwal, helping us gain insight into the technology. “When we use a phone camera that images in red-green-blue (RGB) wavelengths, the bands that we capture are wide bands, and it is difficult to identify information beyond what is visually understandable. With hyperspectral imaging, we capture light in multiple narrow wavelengths which allows us to dabble into the chemistry of the image that we’re capturing. So instead of telling you whether a piece of the farm is green or not, we can identify what type of crop grows there, the chlorophyll content in the leaves, the moisture in the soil, the stage of growth, and a whole host of other insights,” he adds.

Hyperspectral imaging from space has the power to help with pressing issues that are invisible to today's satellites. When the team started out it would analyze satellite imagery from existing sources to find solutions to these problems, primarily pest infestation and disease detection in crops and pollution of air, land, and water bodies. “We realized that most satellite data that is available today is expensive, infrequent, and does not allow you to go beyond a certain point in a quest to finding solutions to these issues. If it is available for free or for very cheap, it’s not good enough to even start looking at these solutions. This is where we felt that there was an opportunity for Pixxel to step in and build this technology,” he reveals.

ANAND is Pixxel’s first technology demonstrator mission and flies up with a visible and near-infrared hyperspectral camera. The idea behind the mission is to validate the startup’s satellite and camera technology and get sample image data that it can use to validate different use cases for hyperspectral imagery.

ANAND is Pixxel’s first technology demonstrator mission and flies up with a visible and near-infrared
hyperspectral camera. The idea behind the mission is to validate the startup’s satellite and
camera technology and get sample image data that it can use to validate different use cases for hyperspectral imagery. HSI to benefit most sectors

“The hyperspectral imaging that we have built at Pixxel will be accurate, precise and in real-time, giving the advantage of targeted monitoring, localized problem detection, and hyper optimized solutions in every sector globally,” claims Khandelwal.

To help the environment thrive with sustainable practices, Pixxel’s hyperspectral imaging can help in mapping and monitoring forest cover; measuring and reversing deforestation; measuring climate risks such as flooding, famine and wildfire; tracking natural capital utilization and impact on future economic and ecological sustainability; detecting hazardous material and taking timely measures to curb the danger; and monitoring water resources and managing in a sustainable manner.

“For the Government, we see a potential of the satellite imaging in military resources and troop movement to aid with relief efforts, detect chemical seepages across land classes, monitor inland waterway health, rail-road conditions at regional and national levels,” he shares.

Space is an expensive field and requires access to funds. As of now, Pixxel has raised around $7.3 million in funding. Last year, it raised the largest seed funding of $5 million from established institutional venture capital firms Lightspeed India and Blume Ventures. “The funding has helped us to further execute our vision of putting up the constellation of 30 satellites in space by 2023. We are looking forward to launching the ANAND satellite by the end of this year, and are utilizing the funds that we raised to further expedite the process of R&D for our future missions. We are also upgrading our infrastructure and have recently inaugurated our facility in Bangalore,” shares Khandelwal.

Pixxel is one of the first companies in the world that is looking at building commercial hyperspectral satellites. Since 2019, it has been working with customers that have the need for satellite imagery across multiple geographies. “I think where we stand out the most is in terms of accessibility and the speed with which we want to deploy our solutions. We intend to make the data through our hyperspectral imagery easily accessible and put to use in an easy manner. Finally, the growing impetus by the Government in the space tech sector is enabling private players like us to enter the market and enable change. We are quite hopeful that this is the turning point for private space in India. Liberalized regulation will play a key role in enabling innovation and allow Indian startups to compete globally,” he adds.

Space is an expensive field and requires access to funds. As of now, Pixxel has raised
around $7.3 million in funding. Last year, it raised the largest seed funding of $5 million from established
institutional venture capital firms Lightspeed India and Blume Ventures.

The regulatory regime in India has also cleared up considerably since the announcement of IN-SPACe, and Pixxel has been a beneficiary of this as well when ISRO’s testing facilities at URSC opened up to it for testing the ANAND satellite, shares Khandelwal. “ISRO and the team at IN-SPACe, in particular, have been extremely supportive and swift in the way they have done things, and with the new SatCom and Remote Sensing policy drafts that were out, we are optimistic about the future,” he says, concluding on a positive note. 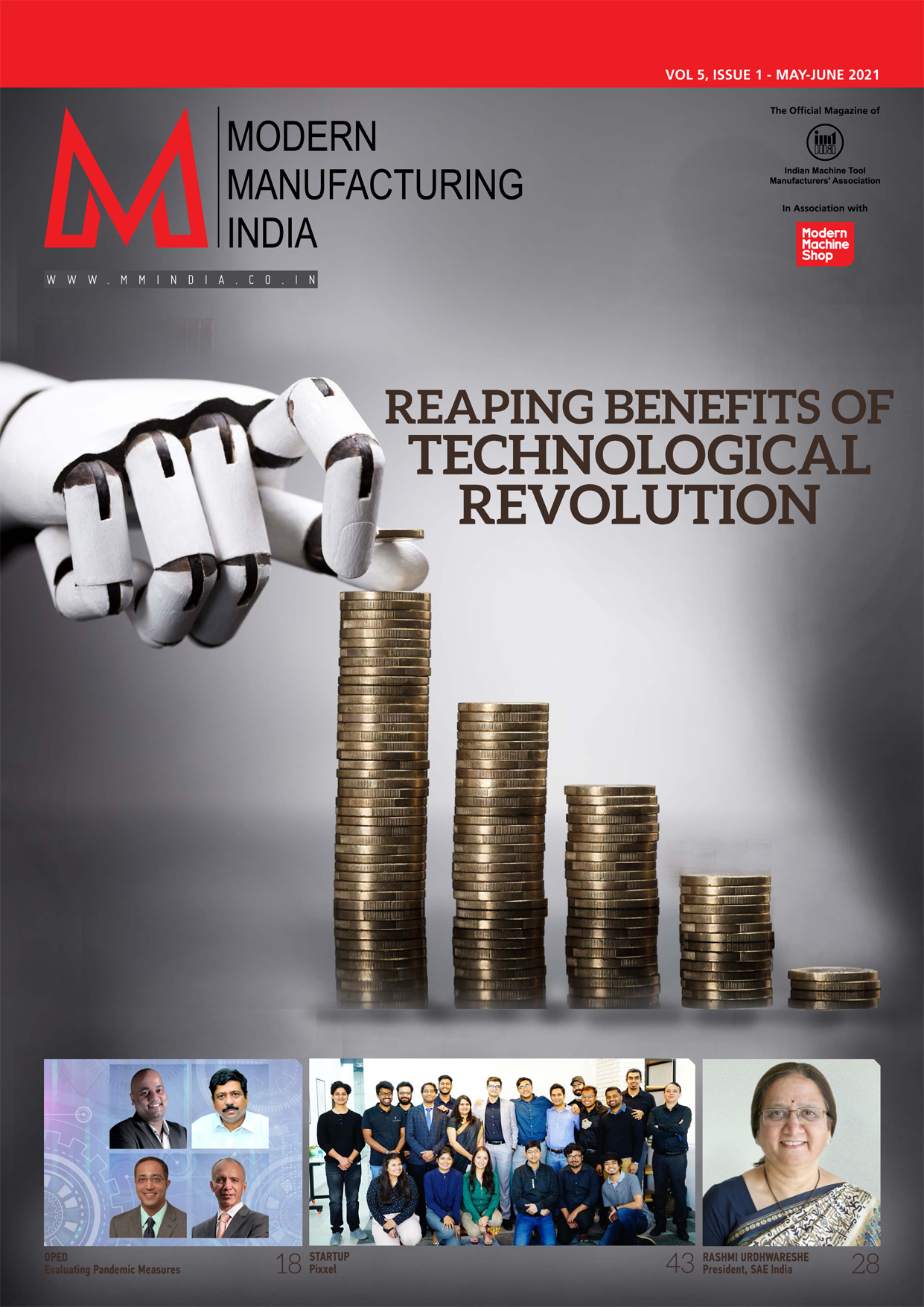