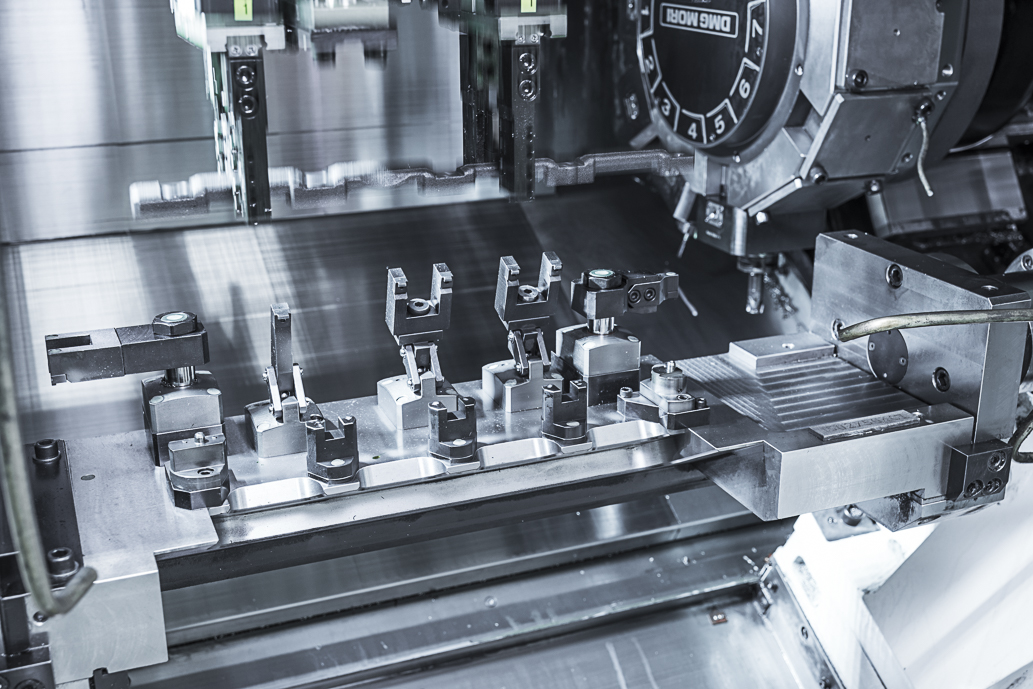 Linked systems, each comprising three NLX 2500/700s from DMG MORI, have enabled Eisenwerk Erla to evolve from a modern jobbing foundry to a future-oriented full-liner.

Eisenwerk Erla GmbH, over the course of its 600-year history, has become one of Germany’s most efficient and up-to-date jobbing foundries. Under the brand name JKM Erla Automotive, 340 employees develop, produce and finish high-quality castings made of all modern cast iron materials – from large series automotive castings with complicated and core-intensive constructions made of high-alloy materials through to mechanical engineering components.

The company derives 90 percent of its turnover from the automotive industry. Audi, BMW, Daimler and VW, and also suppliers such as IHI and BorgWarner, have for many years placed their trust in exhaust system components and engine parts from it. In 2016, Eisenwerk Erla extended its product range, thanks to an order from a major automobile manufacturer. It now produces engine components on 18 linked NLX 2500|700s – three of the DMG MORI Mill & Turn centers being linked by a portal handling system.

Eisenwerk Erla wanted to establish a machine shop and extend its product range to fulfill an order from a major automobile manufacturer.

DMG MORI-proposed automated system that produces engine components on 18 linked NLX 2500|700s – three of the DMG MORI Mill & Turn centers being linked by a portal handling system. The benefits include a reduced throughput rate of about 100 seconds for each workpiece, a reject rate of less than one percent, with the highlight being BMT turret from DMG MORI with its maximum speed of 10,000 rpm and a torque of up to 40 Nm.

With high-quality and ready-to-mount cast products for the automotive industry, Eisenwerk Erla offers its customers holistic solutions. These include turbine housings, exhaust pipes and manifolds as well as diverse engine mountings. Erla also has an extensive network of cooperation partners for finishing the castings. “However, we would never have received the order at the end of 2015 with this approach,” recalls Dietmar Hahn, CEO, Eisenwerk Erla. “That is why at the turn of the year we had the idea of establishing a machine shop dedicated to this product family. The products include different variants of components for three, four and six-cylinder engines,” he adds.

The idea soon developed into a definite project. With an investment volume of around €7 million, the company converted an old boiler house and prepared it for installing CNC machines. “At first, we wanted to load the machines manually,” says Hahn about the original plan. “However, DMG MORI then proposed a completely automated production system. The design of the linked Milling and Turning centers – all NLX 2500|700s – impressed us both from qualitative as well as economic points of view,” he adds.

Manual re-clamping between machining steps is more susceptible to errors and without the linked systems the company would have needed more staff. Staff that it would first have to take on and train.

Eisenwerk Erla soon hired 18 skilled personnel to work in its machine shop for 17 shifts a week. “Our aim was to make production as simple as possible for all staff in order to minimize the risk of error,” says Rico Klotz, who was involved in setting up the mechanical machining from the very beginning and is today in charge. Every finished component is checked for accuracy in special fixtures. “We use similar fixtures for periodic inspection in the metrology department and the transport boxes are standardized so that components can be removed by robots during assembly and installed immediately,” he informs.

Manual re-clamping between machining steps is more susceptible to errors and without the linked systems, the company would have needed more staff to take on and train.

Five of the six linked production cells are absolutely identical; one is also designed for longer components. This configuration enables the company staff to respond flexibly to the respective demand. As far as the machines are concerned, Eisenwerk Erla decided on three linked NLX 2500|700s. According to Klotz, the advantage of a Turn and Mill center compared to a Milling machine lies in the shorter chip-to-chip times. “Thanks to milling with a turret we achieve far shorter throughput times. These have been reduced to about 100 seconds for each workpiece,” he notes. The highlight, according to him, is the BMT turret from DMG MORI with its maximum speed of 10,000 rpm and a torque of up to 40 Nm.

Each cell consists of three NLX 2500|700s linked by a portal handling system.

The automated production process starts with storing enough blanks and loading the machines. The conveyor belt is equipped with a laser that detects the load and stops for a moment. Another laser detects which component is on the belt. Each component is moved to an exact position before it is picked up by the robot, therefore ensuring that it is correctly clamped in the machine. “The first machine drills holes and mills datum surfaces. The second produces the contact surfaces for the contours. The third machine mills further slots,” explains Klotz. Two rotating turn-over stations ensure the workpieces are clamped on the correct side between the machining steps. The history of Eisenwerk Erla goes back 600 years. Since 2016 the jobbing foundry has been operating its own mechanical machine shop.

For DMG MORI, the installation of the 18 linked machines was a turnkey project which also included writing the associated NC programs. “Only a few minor adjustments were needed after commissioning. Since then the system has been running with virtually no problems,” notes Klotz. A reject rate of less than one percent is an impressive proof. “This guarantees that only fault-free components are sent to the customer,” he adds.

Hahn sees the company’s entry into mechanical machining as a positive step and is ready to continue along this path. “The trend is towards being in a position to offer complete solutions. More and more customers are demanding this,” he adds. The foundation was laid with the conversion of the old boiler house. “We have other areas available for further investments,” he sums up.

The trend is towards being in a position to offer complete solutions. More and more customers are demanding this. 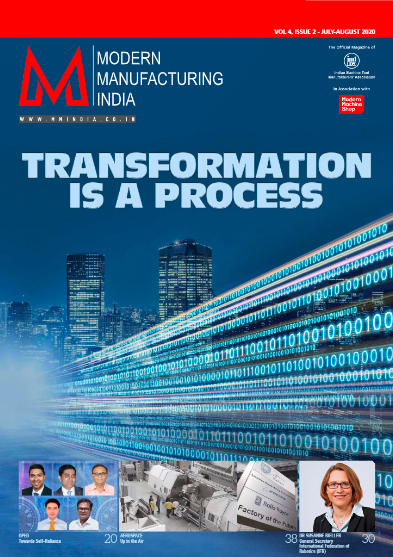